Having to wait for an organ donation can be a long and daunting journey. Every person who opts in to organ donation helps to shorten this journey. They can become the ‘light at the end of the tunnel’ for many people who suffer. The Vivid Transplant Tunnel is designed to raise awareness and encourage people to support organ donations and Transplant Australia. 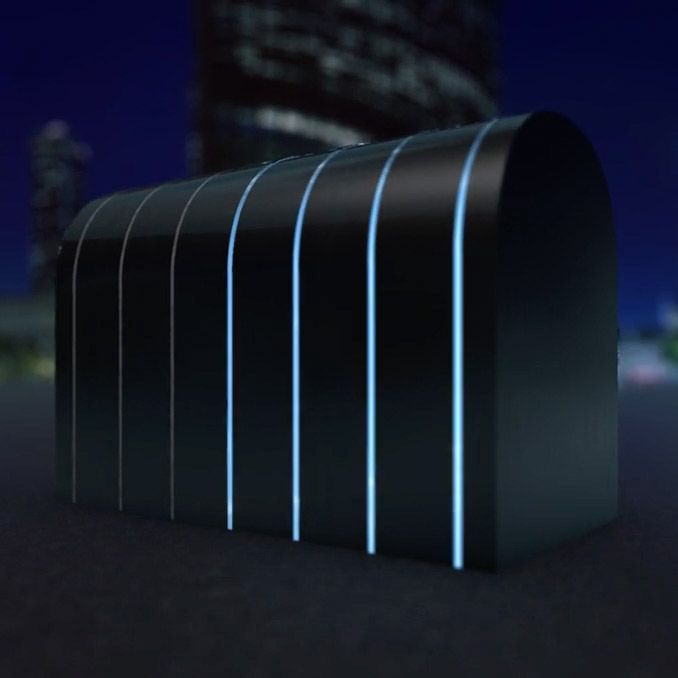 The simple but distinctive outer shell of the sculpture is easily recognisable as a tunnel. Animated light strips draw attention from afar while conveying a sense of motion and guiding people to the front opening of the tunnel.

The covered back wall offers ample space that can be used to address the issue of organ donation and to communicate the purpose of the installation. 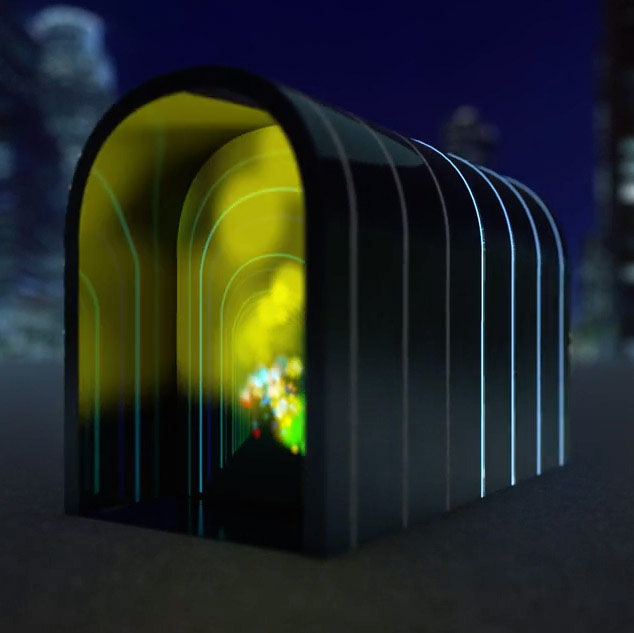 The inside of the tunnel consists of speakers and a projector that’s linked to a computer, projecting images onto the back of a screen at the front opening.

The projection can be utilised in a couple of different ways:

Considering the context of the event, the visual style should be bright, colourful, engaging and “vivid” in general. 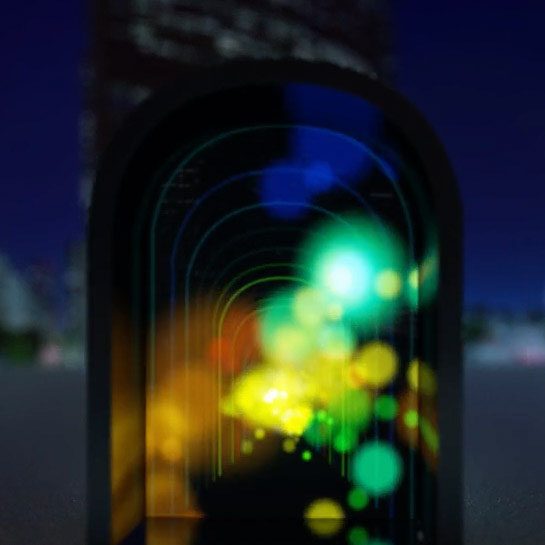 To engage visitors even further, the installation could also feature an interactive component, encouraging people to support the cause and becoming ‘a light at the end of the tunnel’.

Using social media channels such as Facebook, Twitter and Instagram, each supporter could be represented as a glimpse of light in the center of the tunnel projection.

For example, each time someone likes a particular Facebook page (e.g. a Transplant Australia page) or uses a certain hashtag (e.g. #donatelight) on Twitter and Instagram, another glimpse of light is added to the animation in real time, making the light of the tunnel exit grow bigger and bigger. Once a specific amount of interactions have been received (e.g. 300) the light could fill out the projection and transition to a different type of animation, such as coming out of a tunnel into a bright and beautiful landscape.

After a while the animation resets by moving into another tunnel (since there are a lot of sufferers needing support).

This would allow us to raise awareness and gather support on an ongoing basis throughout the event.

A nice touch could also be to list all the names (twitter handles etc.) of the people who took part, to thank them each time the end of the tunnel is reached.

Lastly, the compact design allows the sculpture to be easily transported once Vivid ended and could be either reused at different locations or auctioned off for a good cause.