Searchlight is a concept I developed for VIVD 2014 in Sydney. It consist of a smart phone app and a dynamic projection, generated by the user interaction during VIVD.

The App connects people around the world by playing a simple but engaging game. Before the game starts, players are linked up in pairs through a remote server and a colour is allocated to each players. The aim is to find the other player with the matching colour amongst other coloured dots by simply swiping a finger across the screen. When both players manage to overlay their dots before the time runs out, they score a point and a new player and colour is allocated to them. Reconnecting with different players helps avoid falling into movement patterns. For the projection, the movements and colours of each player are combined and projected onto the site at VIVID, creating a colourful and dynamic representation of people’s interaction with each other. 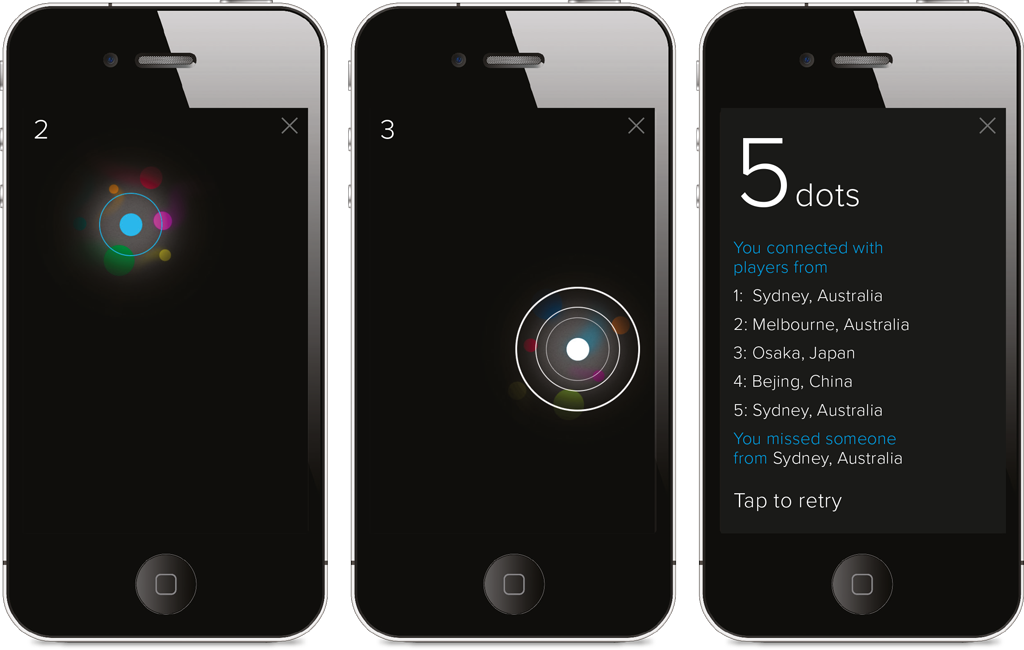 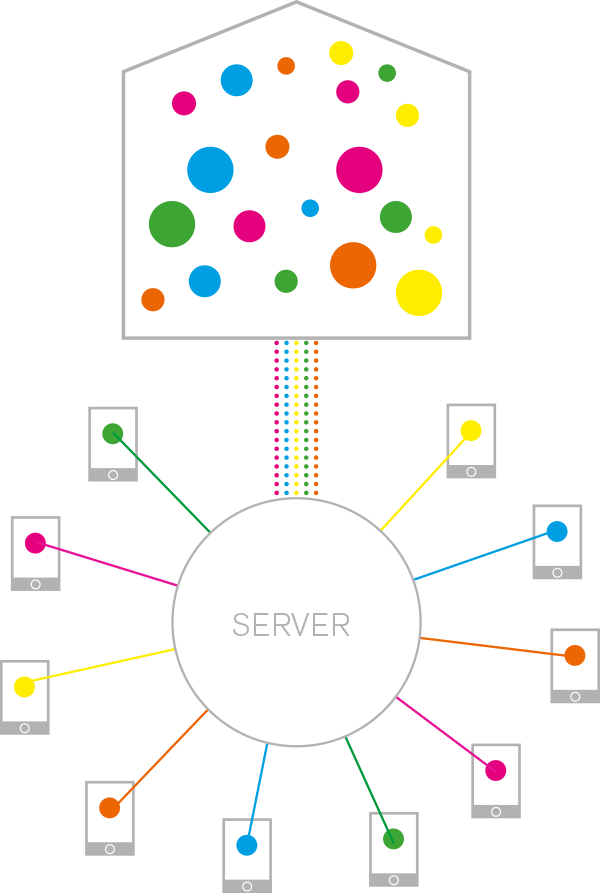 The second concept taps into the real time data feed of the Sydney Rail network to inform visitors of the VIVID festival about train departures from Circular Quay Station, the main train station of the festival. The projection would provide useful information in an engaging way by illustrating train movements, time schedules and creating a sense of urgency, depending on the time remaining till the next train departs. It would transform the station not just into a colourfull display of light but also provide useful information to the VIVID visitors while promoting the recently enabled real time train timetable. 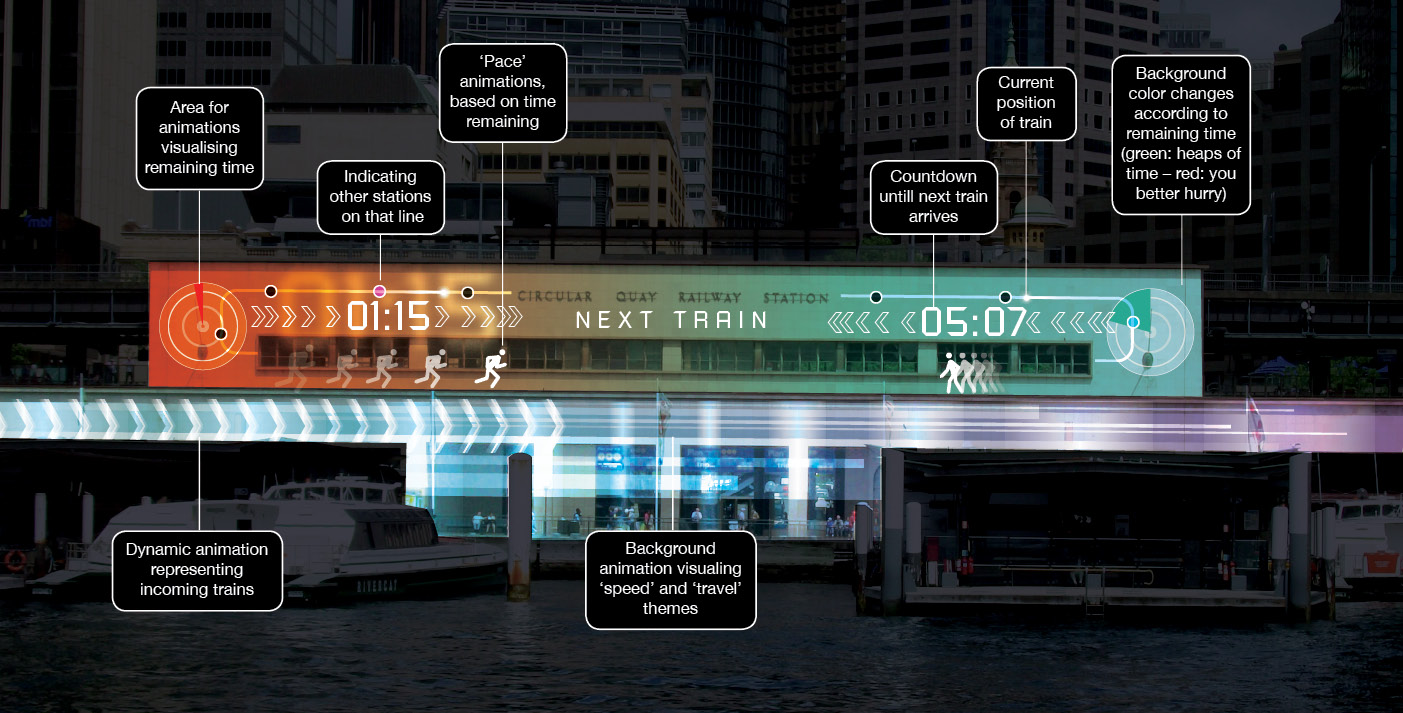